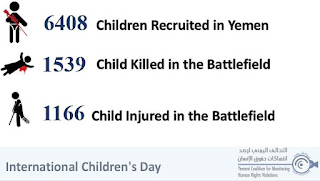 Rasd_Coalition documented from July to July 6408 case of #Children_Recruitment by all conflict parties in #Yemen. This resulted in killing 1539 Child and Injuring 1166 child.
#WorldChildrensDay
#GoBlue
#HumanRights
Read more 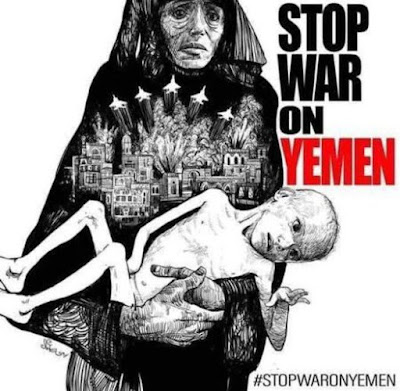 A moment ...
What day do we talk about World Children's Day.
and the children of Yemen die of hunger and all their days struggle because of famine, poverty and war! 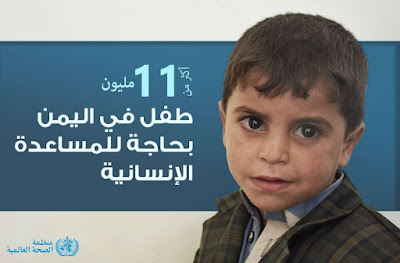 How does the cosmic law of attraction work?

November 19, 2020
How does the cosmic law of attraction work

This video is considered one of the strongest and best educational videos that explain ((How the Law of Universal Attraction) works). The video language is English, easy to understand.
I wish you luck with watching.
Read more 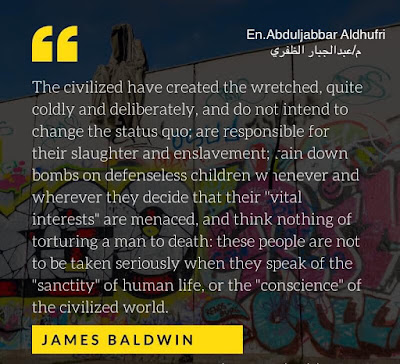 "The civilized have created the wretched, quite coldly and deliberately, and do not intend to change the status quo; are responsible for their slaughter and enslavement; rain down bombs on defenseless children whenever and wherever they decide that their 'vital' interests are menaced, and think nothing of torturing a man to death: these people are not to be taken seriously when they speak of the 'sanctity' of human life, or the 'conscience' of the civilized world." - James Baldwin
Read more

IN YEMEN 🇾🇪
Abduljabbar Hussein Aldhufri
Most people in Yemen live without a source of income.
Many people have lost their works and jobs because of the deteriorating conditions in Yemen.
Yemeni employees are true warriors!

We are striving of a severe war for 5 years living under control of 2 regimes.

People are lost and don't know what the politicians doing but what they know for sure their lives are mess. No proper education, no convenient health system and no consistent income.

"challenging" has different meaning in other countries to what Yemenis intereprate

You challenge your colleagues in work, friend on a game or classmate in exams

In Yemen, it means surviving, getting food to your family, and most important to keep integrity and honesty

For example, teachers are not getting salaries anymore, they spent all savings, sold most if not all valuable belongings. However, teachers still doing their job, waking up in morning and go to school to teach and spread hope to students 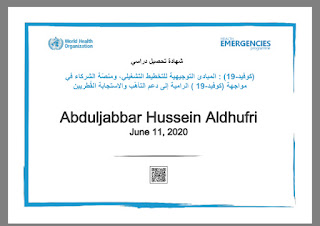 The Almighty Certificate of Academic Achievement from WHO Covid-19 has been accomplished for the planning guidelines and partner platform in the face of (Covid-19) aimed at supporting Qatari preparedness and response in the global HIV pandemic Corona.
Read more

Coronavirus and situation in yemen

Ahmed Baider in Yemen contributed to this report.

Coronavirus will 'delete Yemen from maps all over the world'

Sky News footage reveals the impact of the COVID-19 pandemic in a country that has been wracked by civil war for almost six years.

Mark Stone
The impact of coronavirus on Yemen will be devastating after years of civil war, the head of the United Nations Refugee Agency in the country has told Sky News.
Speaking from the Yemeni capital, Sana'a, Jean-Nicolas Beuze said the number of suspected COVID-19 cases in the country appears to be multiplying fast and, at the same time, international aid agencies are being forced to abandon critical programmes.
"The coronavirus may be the straw which will break the camel's back in Yemen," Mr Beuze said via video link.

Rasd_Coalition documented from July to July 6408 case of #Children_Recruitment by all conflict parties in #Yemen . This resulted in killi...

Your source for the lifestyle news. This demo is crafted specifically to exhibit the use of the theme as a lifestyle site. Visit our main page for more demos. 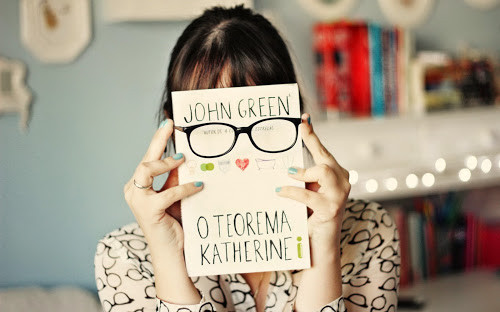